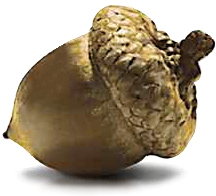 A duo of independently written articles seemed to pose and then suggest an answer to a question that’s been on a lot of peoples minds. First, in MediaPost’s Engage Boomers Blog, a June 22 post entitled Maybe Peter Pan Should Move to Madison Avenue, FiveO Creative Director Brent Bouchez noted that “by 2010, 50% of all consumer spending in America will be by people over the age of 50.” But he noted that marketing budgets are 90% allocated toward reaching the 18-34 demographic, today’s advertising “sweet spot.” There’s lots of other fun backup data here, but that’s the main point, and he notes that “the majority of consumers over 50 feels that advertising and marketing either portrays them negatively or ignores them altogether.” Point taken.

Curiously, the same day, Mark Dolliver of Adweek published an article entitled, Assessing the Power of Ads. He cited recent polling data which might help explain Bouchez’ point of view. While 45% of those 18-34 felt that “ads were at least somewhat influential in guiding their most recent big purchase,” on 29% of those 55+ responded similarly. Another noteworthy stat is that while 66% of 18-34 year olds found ads at least somewhat interesting, only 46% of those 55+ did.

Which came first, the chicken or the egg? My point in this post is that it could well be that the reason Mr and Mrs 55+ feel ignored is that they are not worthy targets in the first place: they don’t find advertising interesting and it doesn’t move them to buy. But of course, one could legitimately point out that the advertising profession is dominated by those very same millenials and gen Y ‘ers who appreciate and respond best to advertising. We’re talking to our friends and neighbors and it’s no surprise they are listening. And buying.